Creating the Sculpture of Your Career: Advice to those Currently Transitioning Careers

My cousin was recently planning a big wedding, so we went to a bridal fair to see the latest offerings. One of the events was a demonstration of ice sculptures. We sat mesmerized as an ice sculptor took a block of ice and started chipping away. The ice chips flew as the group watched, wondering what the sculpture would become. Early on it looked like an animal, then it looked like a flower, but in the end it was an ice sculpture of a bodybuilder that a couple had requested for their wedding.

Watching this process reminded me of career transition. Finding our next job may not always take the path we initially think it will. Many times it is a process of chipping away at what we DON’T want until what we DO want emerges. As the ice flies, things get clearer. As a career coach, I have worked with a number of people who found that their successes were much like chipping at a block of ice – what emerged was not what they initially expected.

Take Joe for example (names have been changed to protect the successful), a IT professional who was having a difficult time finding a position that would pay him the salary to which he was accustomed. While searching for his perfect position he took a temporary job during the holidays at Williams-Sonoma. He was told upfront that the pay was $7/hour and the assignment was only for the duration of the holiday season. It turned out that Joe already owned and loved Williams-Sonoma cookware and, over the holidays, he sold more than any other employee. The store asked him to remain after the holidays, and the following April they asked him to become an assistant manager at another location. By September he was a manager, and now he is Williams-Sonoma’s Regional Director earning more than he ever did in IT.

Mark, an accounting professional, took a part-time job at Home Depot while searching for a new position in his field. Home Depot put Mark through a training class for several weeks with others who were also in career transition. After training, they were assigned only 15 hours per week on nights and weekends. Disappointed, all the other people in the class quit. Mark did the best job he could and, after 4 months, Home Depot promoted him to a full-time position (with benefits) obtaining supplier credits for the store for returned materials.

An RN with a Masters degree, Barbara and was a highly paid Nursing Administrator. With hospitals cutting back and eliminating high-paid salaries, she could not find another position. She was approached by a college and was asked to teach nursing students on a part-time basis. After one semester, Barbara became a full-time Professor of Nursing and loves the freedom the position provides and the chance to mold young students’ minds.

So keep the block of ice in mind as you progress along your career journey. Remember, it is ice, not cement. Chip away quickly before it melts and see your beautiful success emerge.

Facebook
Twitter
LinkedIn
PrevPreviousPrivate Equity Companies – Do you Have the Right Leaders to Deliver Above Market Returns?
NextEx-celerating Success – The Power of Executive OnboardingNext 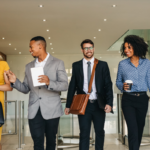 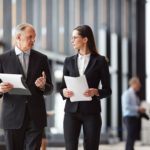 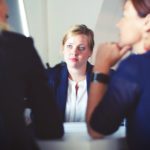 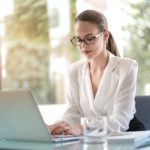