At a recent workshop I attended, the speaker expressed, “Culture eats strategy for breakfast.” Indeed, a business cannot be successful with a strategy that is contradictory to the organization’s culture. Jack Welsch, the former Chairman & CEO of General Electric, went on record with his thoughts about company culture when he stated, “Culture is everything.”

During the job search process, it is imperative the applicant understands their modus operandi fits the culture of the prospective company. After the applicant is hired, they may not reach their full potential, or be highly uncomfortable in their new role if they are not in alignment with the company’s culture. To avoid this scenario, spell out the company’s culture upfront. If the prospective employee will work abroad, explain the culture of both the company and the country.

If the employee will be assigned to work in another part of the United States, a strong case can be made to explain that specific part of the country’s culture. Since the country is so diverse, it can be argued that certain aspects of the culture can vary by location.

Because of my professional background in Human Resources management, I realized it was necessary to realign the culture of my employer. My efforts, supported by the executive staff, resulted in national recognition and awards. The local business press ranked the organization as the best managed in the industry.

Since culture greatly influences organizational success, imagine the impact that company culture can have on country culture. For example, those who studied business may recall learning how product names may be perceived by the culture of a country. A classic example is the introduction of the Chevrolet Nova car model. The car model was rolled out to countries whose primary language was Spanish. In Spanish, “no va” is translated to English as “it doesn’t go.” This is one example of how American culture influences they way business is conducted. It also explains that different aspects of an organization’s culture affect business operations across the world. Similar to emotional intelligence (EI), you learn the power that culture has on business decisions.

Finally, countless books have been written about company culture and country culture and cite that employees must be a match for the company. For example, your organization may embrace a highly structured approach to conducting business, and your employee’s pathway to success is through creativity, the employee will feel like they are wearing a straight jacket. Conversely, your approach to work is methodical while your organization is free-wheeling and offers little to no policies and procedures; you may feel you are treading in a sink or swim workplace environment.

Juan Pujol is a Senior Consultant at Newland Associates 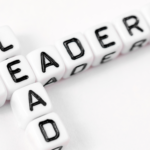 3 Skills Leaders Need to Succeed in 2023 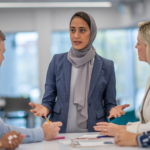 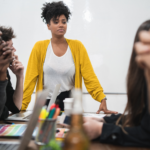 How a Talent Management Strategy Helps Your Business 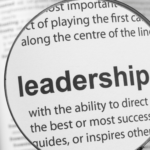 Effective Leadership: 5 Tips on How to Evaluate Your Employees Now